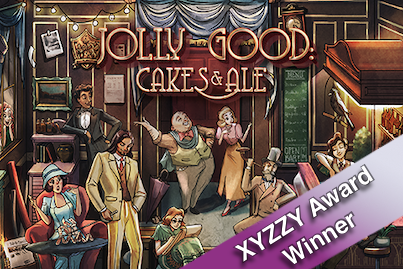 Kreg Segall is Professor of English in the Department of Humanities at Regis College, in Massachusetts, where he teaches and writes about medieval and Renaissance literature. Most recently, he has written several articles on Shakespeare, Spenser, and Skelton. In addition to his scholarly work on Shakespeare and Spenser, he has been writing and running live role-playing games for twenty-five years. Jolly Good: Cakes and Ale is his third game for Choice of Games; A Midsummer Night's Choice, a rollicking Shakespearean romantic comedy, was his first, published in 2016, and Tally Ho, an elegant comedy of manners, was his second, published in 2017.

Special Thanks: This game is indebted to many sources, like Evelyn Waugh and Oscar Wilde, but most of all to P.G. Wodehouse, especially his Drones Club stories. Thank you, Wodehouse. Also thanks to my fellow Six Times Nine authors from decades ago, to whom I am indebted for the idea for the first speaker in Jekyll Green; thanks to Eric and Cameron, who supported me as I created the initial incarnation of Gilberto. Thank you to all of my beta testers, particularly those who played the game dozens of times and gave such detailed feedback on the beta thread, and to my editor, who never offered anything but encouragement, even as my word count grew alarmingly. And finally, thank you to my family, who gave me the energy, the confidence, the inspiration, and, sometimes, the plot twists I needed to go on. This game is dedicated to my father.