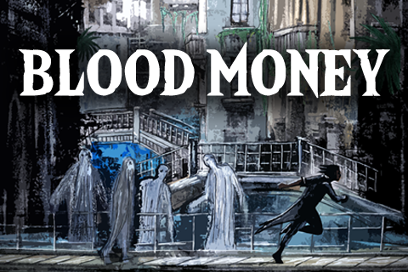 Blood Money -- Take over your crime family with ghost power!

SAN FRANCISCO--July 12, 2018: Choice of Games announced today that "Blood Money," the latest in their popular line of multiple-choice interactive-fiction games, is now available on Steam, iOS, and Android. It's 33% off until July 19th.

By the power of your blood, you and your ghosts will take over your crime family!

"Blood Money" is a 275,000-word interactive novel by Hannah Powell-Smith. It's entirely text-based, without graphics or sound effects, and fueled by the vast, unstoppable power of your imagination.

When your cousin murders the city's most notorious crime boss--your mother--a power struggle erupts across the criminal underworld. As your sisters Octavia and Fuschia vie for control, you alone in the family possess the blood magician's power to summon and command ghosts. They hunger for your blood; if it's blood they want, then blood they'll have.

Will you take over the family business? Remain loyal, go it alone, or defect to a rival gang?