Exile of the Gods - Press Kit 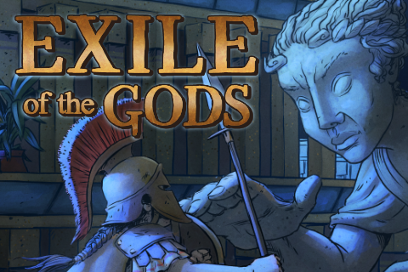 Exile of the Gods -- Wield the chains of destiny, or shatter them?

SAN FRANCISCO--July 11, 2019: Choice of Games announced today that "Exile of the Gods," the latest in their popular line of multiple-choice interactive-fiction games, is now available on Steam, iOS, and Android. It's 30% off until July 18th.

In the great war between the gods, will you wield the chains of destiny, or shatter them forever?

"Exile of the Gods" is a 460,000 word interactive epic fantasy novel by Jonathan Valuckas, where your choices control the story. It's entirely text-based—without graphics or sound effects—and fueled by the vast, unstoppable power of your imagination.

Our story begins twenty years after the action of the first game, 2015's "Champion of the Gods". Which ending did you get? Start this game as the Champion, a warrior born to serve the gods, and follow the holy destiny the Weavers have crafted for you. Or start this game as the Exile, enemy of the gods, and forge a new life for yourself in the faraway land of Khovros--where mortals are free to choose their own fates.

Champion and Exile alike must unravel a deadly conspiracy, and confront the brewing war upon their gods. Will you vanquish this invading force, or use its power to free your realm from its ruthless creators forever? Take revenge on the gods who exiled you, or steal this chance to prove your worth to the pantheon, and seize your destiny of glory?