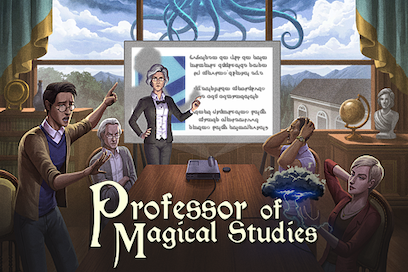 Stephen Granade is a writer, award-winning game developer, and physicist living in Huntsville, Alabama, the town whose skyline includes a Saturn V rocket. His short stories have appeared in Baffling Magazine and, most recently, Cast of Wonders. He's talked science on the Discovery Channel and on YouTube for NASA. You can follow him on Twitter and Mastodon.