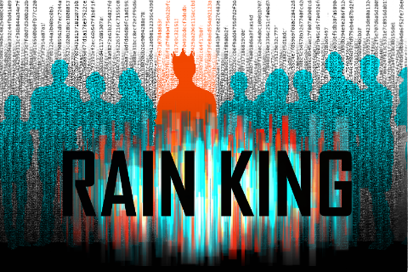 I thank everyone who has helped in the difficult periods, my family, my relatives, my friends. A special gratitude goes to my two cousins who helped me by testing and giving advice on every step of the road during the creation of Rain King. Another big thank you goes to all the amazing community of beta testers and their kind words, comments, and reviews. Everyone has given me faith in finishing this laborious and beautiful task.

Marvin K is the pen name of the young author of his debut game, Rain King. He was born and raised in the crowded city of Tirana, Albania, before moving with his studies in Milan, Italy, where he currently lives. He is studying computer engineering, a desire he had since he received his first computer as a Christmas gift when he was six. When he was little, he loved making up games for his cousins to play together and later started modding video games. He has a passion for technology and reading, which combined, gave birth to the fictional world of Rain King. At some point, he decided to project his imagination into reality in the means of a game. In his free time, he always tries to fit in going to the gym, digital drawing and, of course, hanging out with his friends and family.