Vampire: The Masquerade — Sins of the Sires 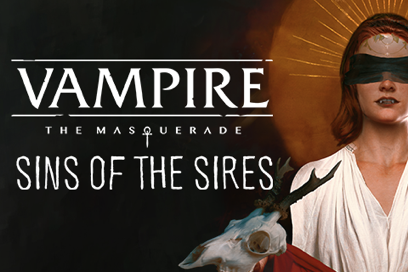 Natalia Theodoridou has published over a hundred short stories, most of them dark and queer, in magazines such as Clarkesworld, Strange Horizons, Uncanny, Beneath Ceaseless Skies, Nightmare, and F&SF, among others. He won the 2018 World Fantasy Award for Short Fiction and was a finalist for the Nebula Award for Game Writing with his first Choice of Games project, Rent-a-Vice. Natalia holds a PhD in Media from the School of Oriental and African Studies, University of London, and is a Clarion West graduate. Originally from Greece, with roots in Russia, Georgia, and Turkey, he now splits his time between his hometown and the UK.

The Paradox Interactive group includes development, publishing, and licensing of games and brands, consisting of a portfolio of more than 100 titles created both internally and by independent studios. Paradox owns an array of award-winning and top-selling brands including Cities: Skylines, Stellaris, Crusader Kings, Age of Wonders, and many more games available on PC and console platforms. Paradox is the owner of the World of Darkness IPs and is publishing Vampire: The Masquerade - Bloodlines 2 on PC and consoles in 2020.

From the company's start in 2004, Paradox has published its games worldwide, with top markets including the USA, UK, China, Germany, France, and Russia. Today, over four million gamers play a Paradox game each month with a global community reaching over ten million registered Paradox users.