Cannonfire Concerto — A symphony of intrigue begins an overture to war! 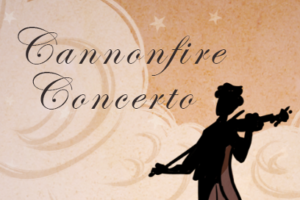 We’re proud to announce that Cannonfire Concerto, the latest in our popular “Choice of Games” line of multiple-choice interactive-fiction games, is now available for Steam, iOS, and Android. It’s 25% off until December 15!

In an 18th century symphony of intrigue, your supernatural virtuoso performance begins an overture to war!

Cannonfire Concerto is a 190,000-word interactive novel by Caleb Wilson, where your choices control the story. It’s entirely text-based–without graphics or sound effects–and fueled by the vast, unstoppable power of your imagination.

You are the finest musician of the 18th century. Behind fans and opera glasses, audiences whisper that you are a bearer of Genius, a mysterious supernatural power to master your chosen instrument. At the brink of war, spies, generals, and royalty vie for control of the continent. Will you play them all like a fiddle? Who truly holds the strings?

Play as male, female or non-binary; gay, straight, bi, or asexual. For some, romance is a means to an end. For some, it’s a sonata duet of love and sex. Perhaps both.

Will you and your Genius achieve immortality, or will the poisoned pens of critics slaughter your career? Will you overthrow the church, bringing forth a new era of enlightenment, or defend your kingdom from a secular invasion?

The concert hall is silent. The Cannonfire Concerto is about to begin.

We hope you enjoy playing Cannonfire Concerto. We encourage you to tell your friends about it, and recommend the game on StumbleUpon, Facebook, Twitter, and other sites. Don’t forget: our initial download rate determines our ranking on the App Store. The more times you download in the first week, the better our games will rank.