New Hosted Game! The Aether: Life as a God by A. Reddwolf 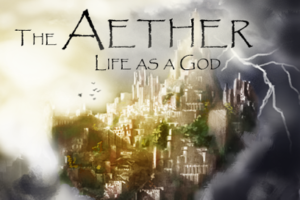 Create a mortal race to worship you and grow your strength. Guide them in their daily lives and help them grow. The power you collect will grow your mind and body. Dabble in the affairs of other gods or seek to destroy them and steal their power. It’s 33% off until January 18th!

The Aether: Life as a God is a 60,000 word interactive fantasy novel by A. Reddwolf, where your choices control the story. It’s entirely text-based—without graphics or sound effects—and fueled by the vast, unstoppable power of your imagination.

• Create a custom mortal race.
• Engage in mortal affairs.
• Travel the Aether and steal power from lesser beings.
• Dabble in political affairs at The Court of Gods.
• Battle other gods in epic one one one conflicts.
• Complete unique quests and events with impactful outcomes.

A. Reddwolf developed this game using ChoiceScript, a simple programming language for writing multiple-choice interactive novels like these. Writing games with ChoiceScript is easy and fun, even for authors with no programming experience. Write your own game and Hosted Games will publish it for you, giving you a share of the revenue your game produces.