A Mage Reborn: Book One by Adam Alamsyah 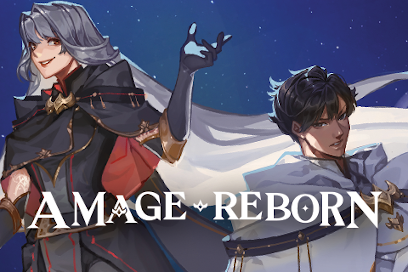 Walk the path of a legendary mage, and uncover the dark secrets of your heritage! Will you seek revenge, or pursue a path to reconciliation? It’s 25% off until August 11th!

“A Mage Reborn: Book One” is a thrilling 154,000-word interactive fantasy novel written by Adam Alamsyah. It’s entirely text-based—without graphics or sound effects—and fueled by the vast, unstoppable power of your imagination.

You’ve spent many years on the run from your turbulent past, outmaneuvering your darkest demons for as long as you can remember. After a short stint of hard-earned peace in a village where no one knows your secrets, you are once again thrown headfirst into danger and excitement. An expansive web of royal politics and magical intrigue threatens to swallow the continent whole, and you find yourself right in the thick of the action.

The world churns with danger and arcane secrets at every turn, and the task of navigating it has fallen to you. Will your fearsome powers see you safely to the other side? What kind of legacy will you leave behind?

Adam developed this game using ChoiceScript, a simple programming language for writing multiple-choice interactive novels like these. Writing games with ChoiceScript is easy and fun, even for authors with no programming experience. Write your own game and Hosted Games will publish it for you, giving you a share of the revenue your game produces.