The Choice of Games Contest for Interactive Novels 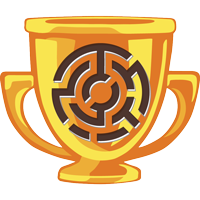 Write an interactive novel in ChoiceScript and enter to win $5,000!

Questions about the contest? Email us at contest@choiceofgames.com.

The contest submission period ended on January 31, 2018. Type your email address below; we’ll email you to announce the winner and other contest-related messages.

The winners of the first Choice of Games Contest for Interactive Novels!

3rd Place
The Twelve Trials by Douglas DiCicco
A high-stakes fantasy competition judged by the gods themselves.

Honorable Mention
The Aegis Saga by Charles Parkes
A fantasy epic that pushes the boundaries of narrative and ChoiceScript.

Finalists (alphabetical by title):
The Butler Did It by Daniel Jonathan Elliot
The Lawless Ones by Avery Moore
The Magician’s Burden by Samuel Harrison Young

There were 21 qualifying games in all. The author pool included both first-timers and veterans; and the genres ranged from high fantasy to gritty dystopia to steampunk. We were thrilled with the enthusiasm, creativity, and hard work that we saw in all the contest entries—and even more, with the active, engaged, supportive community of ChoiceScript authors that the contest fostered.

We’re still considering the possibility of a second contest in the future.

Thank you to everyone who entered! Completing a full-length ChoiceScript game is an achievement in itself.

If you’ve got a finished ChoiceScript game of your own, please consider submitting it to our Hosted Games label.

We hope you’ll all keep writing and playing!

Entries must be submitted by January 31, 2018. There is no fee to enter. See the official rules for details.

To enter the contest, your game must:

And the author(s) must:

Ineligible to enter? Email us at contest-ineligible@choiceofgames.com and tell us why. (For example, if you’re not a resident of the nations we listed, tell us where you reside.) We might not be able to do anything about the contest this year, but if we run the contest again, your feedback will guide our efforts next year. And don’t forget that you’re probably still eligible to publish a game under the Hosted Games label, which accepts authors of any age and from most countries in the world.

In addition, Hosted Games has offered to publish any competition entry that does not win the contest, as long as it meets the Hosted Games standards.

Choice of Games will judge entries using the following criteria:

The judges may disqualify a game if it entirely fails to meet one or more of these standards. (For example, an incomprehensible game might be disqualified for prose styling.)

Here’s what we mean by those categories.

See the official rules for details, which are binding.

Can I enter the contest if I am under 18?

What’s the difference between entering this contest and publishing my game under the “Choice of Games” label?

Experienced writers can request to write a game under our “Choice of Games” label; Choice of Games pays approved authors in advance, before the game is written, and we work with our authors throughout the editorial process.

In contrast, to win this contest, authors must submit an entire finished game. Anyone who meets the age and residency requirements can enter the contest, including authors who don’t qualify for an advance from the “Choice of Games” label.

If you have publications that qualify you to write directly for the “Choice of Games” label, that’s the safer and more direct route.

What’s the difference between entering this contest and publishing my game under the “Hosted Games” label?

Authors who don’t meet the age/residency requirements for this contest may nonetheless be able to publish games under the “Hosted Games” label.

(Authors under the age of 18 require their parent or guardian to be a signatory on the publishing contract. HG accepts authors from around the world, but please contact us before writing your game if you live in a nation without a tax treaty with the United States.)

Finally, games under the “Hosted Games” label are judged by looser standards. HG games don’t have to allow the player to choose their own gender, as contest entries do. HG forbids deeply offensive material, such as scenes that glorify sexual violence or racist attitudes, but allows other less offensive material.

If you qualify to publish a game directly under the “Choice of Games” label, we recommend publishing directly with CoG instead of entering the contest.

Otherwise, to publish with us, you’ll have to write a game on your own.

If you and your finished game qualify for the contest, we recommend entering the contest.

If your game doesn’t qualify for the contest, you may still be able to publish under the “Hosted Games” label.

I already have a finished game, ready to submit to Hosted Games. Should I enter the contest or just submit to HG?

That decision is up to you.

Contest entries won’t be published until the contest is over. If you submit to HG now, we can publish it sooner, and you can start earning money sooner, but then your game won’t be eligible for the contest.

If your game wasn’t written with our judging criteria in mind, we recommend against submitting your game to the contest as-is, because your game will probably have a hard time competing against games that were written to satisfy our criteria. In that case, you might want to modify your game to incorporate our criteria, or just submit to HG and get started on your next game.

I have a work in progress (WIP) game that I started before this contest was announced. Is my game eligible to enter?

Yes, but you’ll need to finish your game before you enter. Don’t forget to review our judging criteria, to make sure your game has the best possible chance of winning.

We strongly encourage you to beta test your game, either privately with beta testers you choose, or in a public beta that anyone can try. (Our forum is a great place to recruit beta testers!)

Beta testing is not formally required, but it’s almost impossible to write great material without anyone else’s feedback.

Will the winning entry be published under the “Choice of Games” label?

It is our intent to publish the winning game under the “Choice of Games” label.

We think it’s possible that if very few people enter the contest, we might have to decide that none of the entries qualify for the “Choice of Games” label, in which case we’d publish the winners under the “Hosted Games” label.

Can multiple authors submit a game as a team?

Yes. Your team can have no more than 5 members, and the team members must all meet the residency and age requirements.

Do I retain the intellectual property to my ideas, characters, and setting?

Yes, just like with a regular Choice of Games or Hosted Games contract, the winners retain their rights to their ideas, characters, and setting; we retain the rights to ChoiceScript.

By submitting your Game in this Contest, if you are selected as a winner you grant Sponsor the exclusive worldwide publication rights to your Game in all formats.

If you are not selected as a winner, Sponsor’s exclusive publication rights to your Game terminate when you are eliminated from the Contest. If you are not selected as a winner and Sponsor notifies you that it wishes to publish your Game, you agree to negotiate the terms and conditions of a publishing agreement exclusively with Sponsor for a period of 30 days after you receive notification from Sponsor. If you and Sponsor have not reached agreement after 30 days, you may offer the Game to other publishers on the condition that before you enter into an agreement with another publisher, you will afford Sponsor the last right to publish your Game on the same terms and conditions offered by any other publisher.