Name your own character in our charity auctions 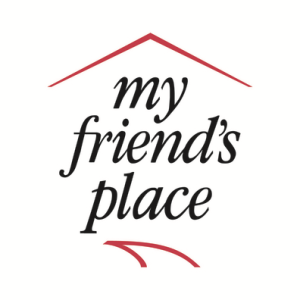 Choice of Games is proud to announce that we’re auctioning off cameos in four of our most anticipated games; proceeds will go to My Friend’s Place, an organization that assists and inspires homeless youth to build self-sufficient lives.

“The Hero Project” is back for a second season, and you can make a cameo as a Powered Hero in the competition! Be the envy of your friends when they see you in their game!

“The Hero Project” is a new series of multiple-choice interactive novels by Zachary Sergi and Choice of Games. “The Hero Project: Redemption Season” falls after the events of Sergi’s smash-hit series, “Heroes Rise,” telling the story of a brand new crew of Powered heroes and villains on the nation’s top reality TV show.

Name a rival adventurer in “The Cryptkeepers of Hallowford,” the sequel to “The Hero of Kendrickstone“

The adventures of the hero of Kendrickstone continue in “The Cryptkeepers of Hallowford,” and now you have the chance to design a supporting character!

“The Cryptkeepers” is a multiple-choice text adventure by Paul Wang and Choice of Games. In addition to “Hero,” Paul previously authored “Mecha Ace” and “Sabres of Infinity.”

The winner of this auction will be able to develop a character and the manner in which that character dies. The winner will collaborate with the author to devise the scenario in which the character’s death occurs and how the player may impact that event.

“Zombie Exodus: Safe Haven” is a spin-off of the “Zombie Exodus” multiple-choice text adventure by Jim Dattilo and Hosted Games. Jim is also author of the upcoming title “A Wise Use of Time.”

Create the leader of a rival adventuring party in “Lost Heir: Forging a Kingdom,” the sequel to “Lost Heir: The Fall of Daria”

The story of the heir of Daria continues in “Forging a Kingdom,” the sequel to 2015’s “Fall of Daria.” Of course, the heir’s journey is not a simple one…a rival adventurer will challenge the heir at every turn. And now’s your opportunity to design that rival!

The “Lost Heir” trilogy is a multiple-choice text adventure by Mike Walter and Hosted Games. Mike is also author of the best selling “Life of a Wizard” and “Life of a Mobster,” also published by Hosted Games.

Please tell your friends about these auctions! The more people bid, the more we’ll be able to raise for charity.