New Hosted Game! The Haze Under Windbrooke by Jesse Freeman 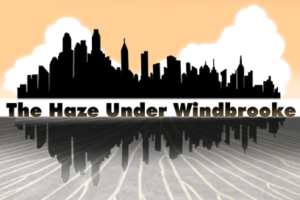 Struggle to balance a normal life while you investigate strange creatures, and the malevolent fog that hangs over your city. Take on the roll of a teenager thrown into a chaotic and dangerous struggle. Learn how to fight and use magic while you try not to die to the horrific creatures luring just under the surface of your city. It’s 33% off until August 23rd!

The Haze Under Windbrooke is a 117,200 word interactive fantasy novel by Jesse Freeman, where your choices control the story. It’s entirely text-based—without graphics or sound effects—and fueled by the vast, unstoppable power of your imagination.

• Defeat strange creatures with magic, a sword, or your trusty bow.
• Explore a strange other world just beneath your city.
• Learn the secrets of the monsters living just out of humanity’s sight.
• Try to stay alive while living a normal life.

Jesse Freeman developed this game using ChoiceScript, a simple programming language for writing multiple-choice interactive novels like these. Writing games with ChoiceScript is easy and fun, even for authors with no programming experience. Write your own game and Hosted Games will publish it for you, giving you a share of the revenue your game produces.