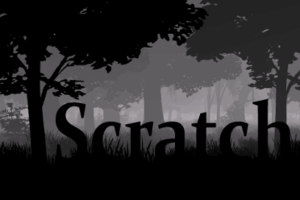 A millionaire’s secluded estate. A collection of dead girls. A group of reluctant strangers. One is the killer …but who? You need more than your badge and gun to catch the killer. Only a sharp mind and the right questions will uncover this mystery. It’s 33% off until Jul 9th!

Scratch is a 165,000 word interactive murder mystery by Cloud Buchholz, where your choices control the story. It’s entirely text-based—without graphics or sound effects—and fueled by the vast, unstoppable power of your imagination.

You’re a small town detective. An anonymous tip leads you to a collection of sadistically murdered girls dumped on the forest estate of an eccentric, reclusive millionaire. A group of strangers are holed up in his dilapidated cabin, waiting out the recent storm.

They seem unaware of the murders, but the serial killer is hidden among them. You need to interrogate the suspects, gather clues, and stop the killer, but if you don’t tread carefully, more innocent people will die.

Cloud Buchholz developed this game using ChoiceScript, a simple programming language for writing multiple-choice interactive novels like these. Writing games with ChoiceScript is easy and fun, even for authors with no programming experience. Write your own game and Hosted Games will publish it for you, giving you a share of the revenue your game produces.