New Hosted Game! Who Was The Real Robin Hood? by Christy Waites 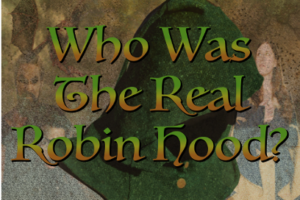 From royal birth, to outlaw, Robyn lives the carefree life in Sherwood Forest, robbing from the undeserving rich and giving to the wretched poor. But when Prince John makes him an Enemy of the Crown and places a high bounty on his head, Robyn decides it would be best if he, and anyone who wanted to, make a quick dismissal from Sherwood. It’s 33% off until July 9th!

Who Was The Real Robin Hood? is a 150,000 word interactive novel by Christy Waites, where your choices control the story. It’s entirely text-based—without graphics or sound effects—and fueled by the vast, unstoppable power of your imagination.

On a pirate ship that belonged to his good friend, the Moor, he left the shores of an English port with Marian, her hand servant, and his Merry Men. Soon an unusual fog envelops the ship and when it lifts, the ship had taken itself to the shores of an unknown land. The Isle of Varna.

At least, that is one tale.

Maybe the Elves of Light show up in Sherwood Forest requesting the help of Robyn and Marian to retrieve their powerful weapon and rescue their daughter, and magically spirit them away? Maybe Marian went to the Hag of 49th Alley for help? There wasn’t much time before bounty hunters would be combing the forest looking for Robyn’s camp and the Hag does have her special ways of making things happen quickly.

What happens simply depends on who you are playing, Marian or Robyn, and which choices you make.

• Play as Robyn, or Marian
• Be highly efficient with a bow and arrow, sword, knife, or staff
• Be brave when you face Zerkit
• Charm Edent, the Dragon
• Find Kizzy, the Dragon, and two missing eggs
• Refrain from giving an autograph to the Fair Folk who know your tales
• Plan a quick, surprise, outdoor wedding for Marian

Christy Waites developed this game using ChoiceScript, a simple programming language for writing multiple-choice interactive novels like these. Writing games with ChoiceScript is easy and fun, even for authors with no programming experience. Write your own game and Hosted Games will publish it for you, giving you a share of the revenue your game produces.