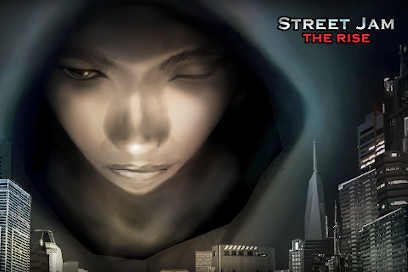 The circuit calls for a new king and you’re ready to answer them! Will you overcome all odds and become the new ruler, chief of police, a gang leader, or end up six feet under?

Street Jam: The Rise is a violent 370,000 word interactive adult novel by Tevin Betts, where your choices control the story. It’s entirely text-based-without graphics or sound effects-and fueled by the vast, unstoppable power of your imagination.

In one of the biggest metropolises in the world, you are a new street fighter looking to hit it big, be it for cash, fame, or the cops. Choose from a variety of unique backgrounds and use your skills to rise from nothing to everything. There will be blood, death, and more…all surrounding you as you clear out club after club in this story, inspired by the criminally underrated Def Jam series.

Will you be an honorable and merciful fighter who wins with their skills? Or a murderous scheming cheater who wins by shooting up the streets? Or even an ambitious undercover officer who wins by using the police force? Your personality will affect your journey as much as your wins.

Find love or lust with over eleven characters, settle a rivalry that has been going on since elementary school, fight in several distinct styles, and change both the city and the circuit forever. Whatever you do, remember, actions always have consequences, no matter how small they may seem at first.

Tevin Betts developed this game using ChoiceScript, a simple programming language for writing multiple-choice interactive novels like these. Writing games with ChoiceScript is easy and fun, even for authors with no programming experience. Write your own game and Hosted Games will publish it for you, giving you a share of the revenue your game produces.