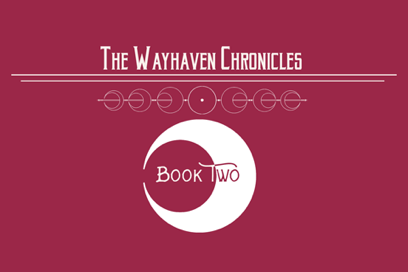 Two months have passed since the bloody showdown with Murphy. Wayhaven has returned to its peaceful routine, and you’ve returned to your less-than-thrilling job as detective. But with your new role as human liaison to The Agency—an organization that governs the supernatural—things should be far from dull.

Along with the job comes Unit Bravo, the team you are learning to live with on a more permanent basis. And with one of them comes the continuation of feelings that were just beginning to be explored…

But an altogether different presence is rolling into Wayhaven, cloaked in striped tents, blazing lights, and clouds of cotton candy.

Immerse yourself in Wayhaven Chronicles: Book Two, a 788,000-word continuation of your supernatural story, where you can grow the romance you began, meet old and new characters, decide how to handle the new situations you’re thrown into, and experience the thrill of the outcomes of those decisions—as well as what they may bring in the future!

The Carnival has arrived. Prepare for the ride.

Mishka Jenkins developed this game using ChoiceScript, a simple programming language for writing multiple-choice interactive novels like these. Writing games with ChoiceScript is easy and fun, even for authors with no programming experience. Write your own game and Hosted Games will publish it for you, giving you a share of the revenue your game produces.

Leave a Response to Steven