The Mage’s Adventures by Samuel Young 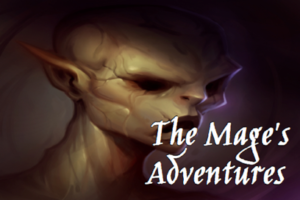 Your party of intrepid adventurers is no stranger to taking on missions that the village guard simply isn’t equipped to. So it’s no surprise that when a demon attacks a nearby farmer, you and your group of arcanists, fencers, healers, and archers are tasked with killing her.

But when a rival adventuring party gets in the way, and the demon proves more powerful than any of you had thought, things get even more complicated. What’s more, you soon discover that this demon wants to take you as her human vessel. Will you defeat her before she takes control of your soul?

The Mage’s Adventures is a thrilling 115,000 word interactive fantasy novel by Samuel Young, where your choices control the story. The tale is a companion novel to The Magician’s Burden, set in an alternate time-line. It’s text-based, with occasional vivid illustrations, and fueled by the vast, unstoppable power of your imagination.

Oh, and there’s a sixth and secret member of your party as well: the demon living in your head.

The demon in your head says this is a bad idea. He’s not wrong. 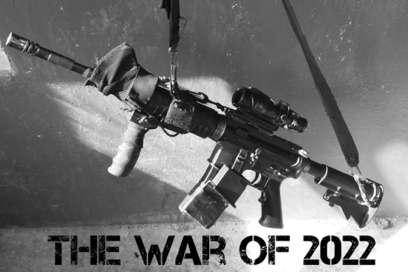 Join the special forces and fight in dynamic battles directly influenced by your previous choices in this modern military war novel!

Go through training and serve in the most prestigious unit of the Regovian army! Will you remain loyal to your country?

War of 2022 is a 116,000-word interactive, military novel by YHGS, a military veteran. It’s entirely text-based, without graphics or sound effects, and fueled by the vast, unstoppable power of your imagination.

Are you willing to go the distance?

Samuel and YHGS developed their games using ChoiceScript, a simple programming language for writing multiple-choice interactive novels like these. Writing games with ChoiceScript is easy and fun, even for authors with no programming experience. Write your own game and Hosted Games will publish it for you, giving you a share of the revenue your game produces.