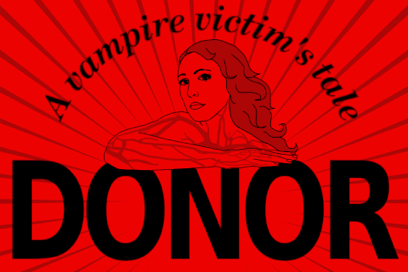 Richard is a modern-day vampire who likes to eat in, so he always keeps a fresh victim trapped in his lair. All of his captives eventually die; YOU hope to be the first to escape.

Match wits with Richard, his vampire cohort, Paul, and their human servant, Charles, in a treacherous game where bleeding to death is the least of your problems. And learn what it means to have something terrible in common with your captors: You must kill in order to survive.

Donor is a 139,000-word interactive novel by Elena Hearty. It’s entirely text-based, without graphics or sound effects, and fueled by the vast, unstoppable power of your imagination.

How will you outwit your vampire captors? 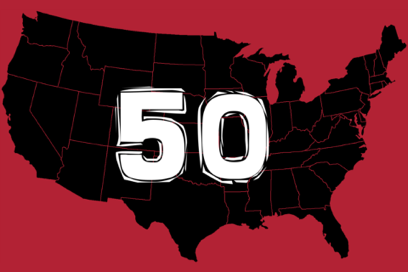 You are one of the 50 strangers stranded on a mysterious island. None of you remember how you got here or even your names, so you use the names on the dog tags you all have on your necks – the names of the fifty states. Will you survive and uncover the island’s secrets or perish to its many dangers?

Fifty is a 55,000-word interactive thriller novel by Rustem Khafizov. It is entirely text-based, without graphics or sound effects, and fueled by the vast, unstoppable power of your imagination.

Who lives? Who dies? You decide!

Elena and Rustem developed their games using ChoiceScript, a simple programming language for writing multiple-choice interactive novels like these. Writing games with ChoiceScript is easy and fun, even for authors with no programming experience. Write your own game and Hosted Games will publish it for you, giving you a share of the revenue your game produces.