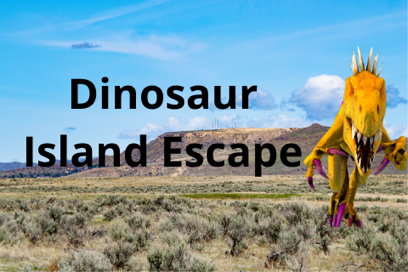 Dinosaur Island Escape (DIE) is a 84,000 word interactive puzzle based-open world novel written by Chris Viola, where you attempt to escape the deadliest place on Earth. It’s entirely text based, and powered by the vast, unstoppable power of your imagination.

Explore an uncharted island filled with prehistoric predators that see you as nothing more than a free meal. Solve mysteries, uncover secrets, and explore this open world in a unique way. The sandbox style of the game, combined with the chance to build your own statline and dozens of different items to find and invent gives you the chance to have a new experience every time you play.

Will you die a violent death, survive by the skin of your teeth, or uncover lost secrets and bring them back for the world to see? 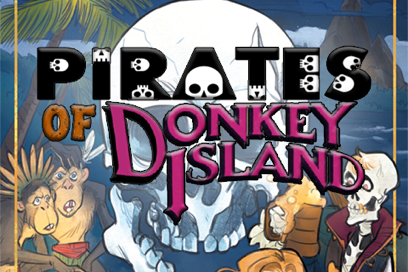 A terrible curse ruined your royal wedding, placing your soul into your pirate grandfather’s body. To lift it, you must lead a crazy crew through countless hilarious challenges in this adventure inspired by Monkey Island and Pirates of the Caribbean.

Pirates of Donkey Island is a funny, 79,000 word interactive swashbuckling novel by Gilbert Gallo, where your choices control the story. It’s entirely text-based—without graphics or sound effects—and fueled by the vast, unstoppable power of your imagination.

A gorilla gentleman, an undead rocker, a fast-aging Voodoo crone, and a ridiculous spokesman. These will be your only companions in the most incredible journey of your life. Every member has a peculiar story, and their experiences/interactions will help you determine your final, authentic self.

After dozens of insult-sword fighting duels, grog contests, and rigged wheels of fortunes, you will eventually look at life from an entirely different perspective.

With your crew’s help, you’ll discover the truth about your hated pirate grandfather. Will you then embrace your cursed condition or fight against your doom?

Stop waving your sword like a feather duster and sail the Cursed Caribbeans to discover the ultimate treasure: your true self!

Chris and Gilbert developed their games using ChoiceScript, a simple programming language for writing multiple-choice interactive novels like these. Writing games with ChoiceScript is easy and fun, even for authors with no programming experience. Write your own game and Hosted Games will publish it for you, giving you a share of the revenue your game produces.