Two New Hosted Game! “Interstellar Airgap” by John Lance and “The Horror Behind the Walls” by Alex Ryan 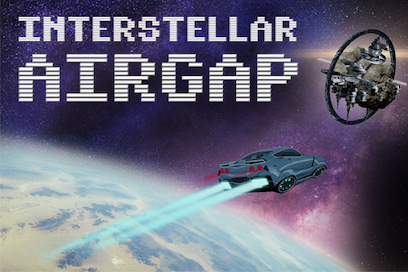 The country of Panwestia has conquered half the globe–and they’re not stopping. Backed by terrible interstellar weapons, the leaders are preparing to pull the trigger on the other half. Information exists that can bring the hegemon down, but to retrieve it? You’ll need to shoot for the stars.

Interstellar Airgap is a thrilling 220,000-word interactive science fiction novel by John Lance, where your choices control the story. It’s entirely text-based—without graphics or sound effects—and fueled by the vast, unstoppable power of your imagination.

Stay one step ahead on a galaxy-spanning heist!

The Horror Behind the Walls by Alex Ryan 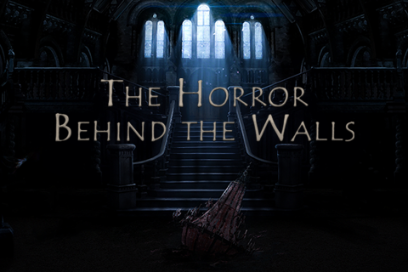 The sun had set across the mountain tops, save for a single flicker that still glistened from a single peak. The locals know not to investigate. Not only because the German government has forbidden it, but also because those who do never return the same, if at all. The few known survivors, in-between their lapses of madness, speak of great stone walls that uphold a structure more imposing than any known today. Little does the world know, however, that these walls no longer serve their intended purpose of keeping intruders out, but rather, to now keep something in.

The Horror Behind the Walls is an immersive 34,000-word interactive horror novel intended to provide phenomenal imagery in every scene. From the author of The Aether: Life as a God, Alex Ryan, your choices control the story. It’s entirely text-based—without graphics or sound effects—and fueled by the vast, unstoppable power of your imagination.

All you know is that someone, or something, has been calling to you. With hundreds of cases solved and thousands of spirits laid to rest, your name has become synonymous with the paranormal. Renowned as one of the world’s greatest private investigators, you are about to uncover a secret far more disturbing than any case you’ve worked on in the past. Night after night, nightmares have been sent across the world to plague your dreams. Something that’s been hidden away from a time long forgotten now beckons to be remembered.

Uncover the truth and witness The Horrors Behind the Walls.

John and Alex developed their games using ChoiceScript, a simple programming language for writing multiple-choice interactive novels like these. Writing games with ChoiceScript is easy and fun, even for authors with no programming experience. Write your own game and Hosted Games will publish it for you, giving you a share of the revenue your game produces.