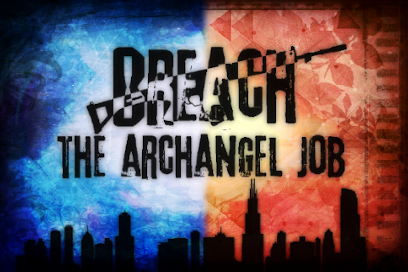 Join The Archangels on their bloody campaign against the Chicago Mafia, to take them down by any means necessary. Play as criminal vigilante alongside them, or play as an informant and secretly work against them. Roll the dice, and survive the deadly consequences of your actions.It’s 30% off until November 21st!

Breach: The Archangel Job is an 822,000-word thrilling interactive crime novel by Michael Maxwell and Ben Luigi, where your choices control the story.

Explore the rich background and personalities of your motley crew of international criminals as you wage a war against the mafia throughout the game. With the randomized dice system, no gameplay will ever be the same, and your skills are half of what you need. To survive in this world, you’re also going to need luck. Good luck!

Your randomized fate and destiny awaits you!

Michael and Ben developed this game using ChoiceScript, a simple programming language for writing multiple-choice interactive novels like these. Writing games with ChoiceScript is easy and fun, even for authors with no programming experience. Write your own game and Hosted Games will publish it for you, giving you a share of the revenue your game produces.