Two New Hosted Games! The Golden Rose: Book One and By Crom 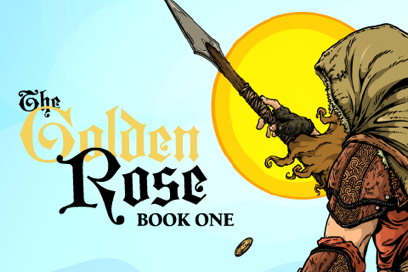 You are a recent member of The White Company, a mercenary guild on the far side of the law. Your job consists of hunting artifacts and roaming ruins that the Church has forbidden to mention. One of your expeditions, however, leads you down a path that is much deeper than you ever anticipated.

The Golden Rose: Book One is a thrilling 1.2-million-word interactive fantasy novel by Ana Ventura, where your choices control the story. It’s entirely text-based—without graphics or sound effects—and fueled by the vast, unstoppable power of your imagination.

Juggle friendships, new alliances, and flames of romance in this epic adventure that will take you to a Europe where History took a different turn.

• Play as male or female; straight, gay, or bisexual.
• Find romance, friendship, or rivalry with a cast of colorful characters.
• Hunt down the thief that stole your forbidden maps!
• Fight against bandits and city guards while trying to stray away from the all-seeing Eyes of the Church.
• Explore ancient ruins and the cobble-stoned streets of the medieval city of Tarragona. Step into a grand cathedral, a sprawling market, a multicolored harbor, the dark gates of the city, or an aqueduct that no one dares to come close to.
• Bond with a stubborn old horse.
• Choose to ally with a street urchin or the feral captain of the Guard.
• Uncover what is true in a world where denial reigns supreme.
• Start to unravel your own mysterious past.
• Immerse yourself in a world rich with characters, story, and lore.
Do you believe in Destiny? 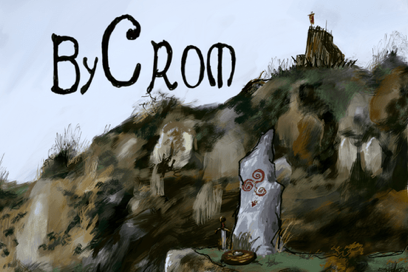 The drums beat, horns blow. It is time for you to dance a warrior’s dance. You were born in poverty and raised by ambition. Now is your chance to write your own legend, will it be a tragedy or a triumph?

Travel across oceans and through burning forests. Camp under the stars and find love. Be immersed in a land embellished in religion and customs, but scarred with fire and fury.

Be a scout, an assassin and a warrior. Through wit and muscle become a hero. Debate with chieftains, duel with champions and watch as the gods make their judgment on your people.

By Crom is a 75,000 word historical-fantasy interactive fiction by Fionn Graham, where your choices control the story. It is text based—without graphics or sound effects—and fueled by the vast unstoppable power of your imagination.

• Play as male or female; trans or cis; bi, straight, gay or asexual.
• Find romance with a combat trainer, an advisor and a member of clan royalty.
• Discover betrayals and affairs, find lost family members.
• Devise battle plans, take part in prison escapes, battle storms on the high seas and ride like the wind through forest and hills.
• Accept bribes and be part of deadly conspiracies, assassinations and coverups.
• Be a hero of innocents, or laugh as the world around you burns.

Ana and Fionn developed their games using ChoiceScript, a simple programming language for writing multiple-choice interactive novels like these. Writing games with ChoiceScript is easy and fun, even for authors with no programming experience. Write your own game and Hosted Games will publish it for you, giving you a share of the revenue your game produces.